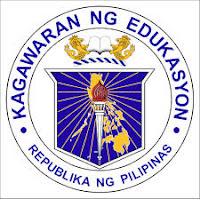 FROM THE MEMO:
In  commemoration  of  the  118th  Celebration  of  Philippine Independence Day, the Department of Education (DepEd), through the  Bureau  of  Education Assessment  (BEA)  formerly  National Education Testing in addition to Research Center (NETRC), together amongst the assistance  of  personnel  from schools  division offices  (SDOs)  and schools,  shall  administer  the  2016  Special  Philippine Educational Placement Test (PEPT) for costless inward all schools divisions nationwide. The bear of the exam volition live on on June nineteen instead of June 12 due to the START OF CLASSES ON JUNE 13, 2016 .
CONTINUE READING >>